Changing Language Through “Gendering”: A Hand-Picked Selection of Artists Livened up Festival Visitors

Or where are all the non-cis men again when it gets fun?

by Katharina (‘Kina’) Schmitz, supplemented and translated by Greta Sondej 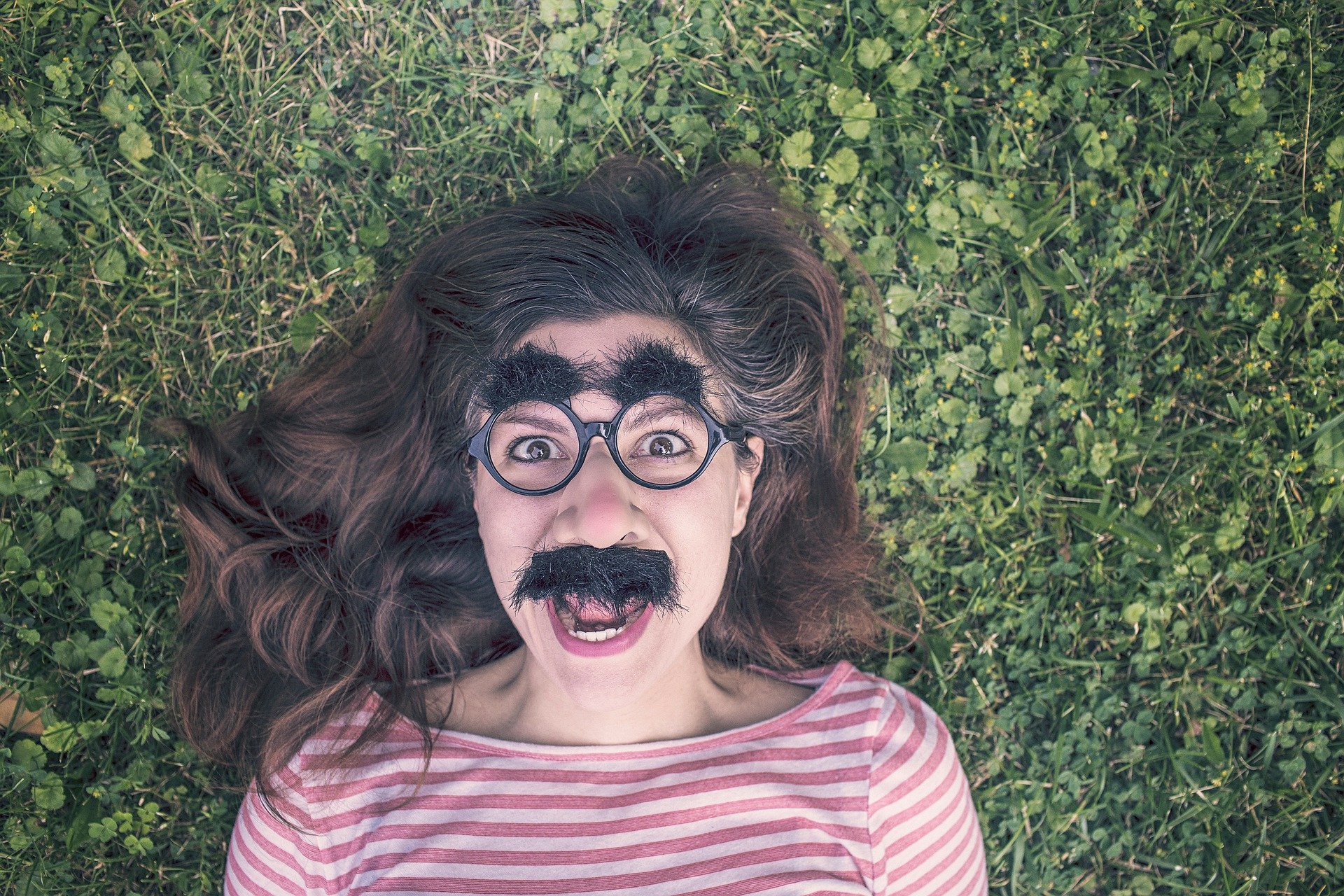 Annotation of the editorial team: The article was originally written in German. Because of the current debate about the gender forms in German language, the team decided to supplement the article (cursive coloured text) for all those, who want to learn German. The original version of the article is still existing.

Where does this come from? In German, women are made invisible at the level of the language system through androcentric language use, but also discriminated against through individual language use. Androcentric means that the masculine form is declared neutral for designating persons and is preferred to a neutral, feminine or multi-gender formulation.

“German language, difficult language” is a popular phrase German speakers like to rant when they despair of their own language. It is a way of acknowledging how challenging Europe’s most widely spoken mother tongue can be. And the recent debate about what using the gender form in German should look like does not make it any easier. However, a debate is inevitable if one wants to make language and communication more inclusive. Today, anyone who wants to learn German as a foreign language and use it in their profession will not be able to avoid “gendering”.

This is problematic because the language we choose also influences our thinking and our perception of reality. Straight out, this means: What I don’t hear or say also becomes unthinkable for me. Even though the masculine form of  “Künstler” (engl. artist) and “Festivalbesucher”(engl. festival visitor) is treated as neutral, the double task of this linguistic form pulls our thinking towards the artist as a masculine person who produces art.
People who deal with written and spoken language have special influence and responsibility here. This group of people includes those who communicate, disseminate language in the media or publish texts professionally. Students potentially belong to the latter group as well, because a large number of them will also deal with this in their later professional lives.

To meet this responsibility, there are various ways of regulating the incongruence of Genus and Sexus anchored in the language system.

In German linguistics, Genus refers to the grammatical gender and Sexus to the natural (biological) gender.

Every noun has a “grammatical gender” (Genus), f.e., die Bühne (engl. stage, feminine (die)), das Mikrofon (engl. microphone, neutral (das)) and der Bass (engl. bass, masculine (der)), but no object or item, for example, has an actual gender (Sexus). Therefore, the Genus here can only be arbitrary. The situation is different for persons, animal and relationship designation and occupational groups. These exceptions have an actual gender (Sexus), so that the Genus can (and therefore should) follow the Sexus.

There are recommendations on how language can be used to make women (and other non-cis-genders) visible. This is about the fair and symmetrical designation of genders. In addition, there are also steadily rising groups of people who do not identify themselves as belonging to one of the genders, man or woman, or who consciously avoid the binary designation that was intended and is still reproduced in our German language system. Originally, our language system did not know any designation for their status. But here, too, linguistic structures evolve in the course of sensitisation processes.

The aim of gender-equitable language is not, as many media representatives would have us believe, to bully us, but to raise awareness of gender discrimination in the common use of language or the current language system, and therefore the need to regulate it. “Gendering” is a form of intervention in the living, constantly changing language system in order to shape it according to our wishes. This is not forbidden.

How “Gendering” can work

Until then, there are two ways to deal with androcentrism in the German language (I deliberately do not list avoiding it as a possibility here):

Sounds too abstract? Don’t panic! Examples will follow in a moment.

The frequently used argument of distorting language and that it would become unreadable through gender-sensitive language use is evidentially false. All it takes is a short period of familiarisation, after which texts are read just as fluently as those that use a masculine generic form. However, the accusation can also be countered by clever rephrasing.
Here, as in every discipline, the beginning is hard and practice makes things easier. With increased use, the formulations become familiar to many and some even enjoy experimenting with the wording, as language used in this way can also have a positive influence on texts.

In differentiation, the article (grammar) can be used to make clear whether men or women are meant. This is the simplest form of fair language use, as it refers to a group of male and/or female individuals. Let’s stay with our example from the title.

A festival attended by both men and women:

Many people will also be familiar with the medial capital I (German: Binnen-I).

It is a non-standard solution to indicate gender inclusivity for nouns having to do with people, by using a capital letter ‘I’ inside the word surrounded by lower-case letters.

It makes women unhidden and gives them a linguistic visibility. In the initial example, it looks like this:

The last and probably fairest version of differentiation is the gender gap in its current variants:
Gendergap (indicated with an underscore “_”):

Another current version, that we also use on our Science Blog, is the Genderstar (indicated with an asterisk „*“): 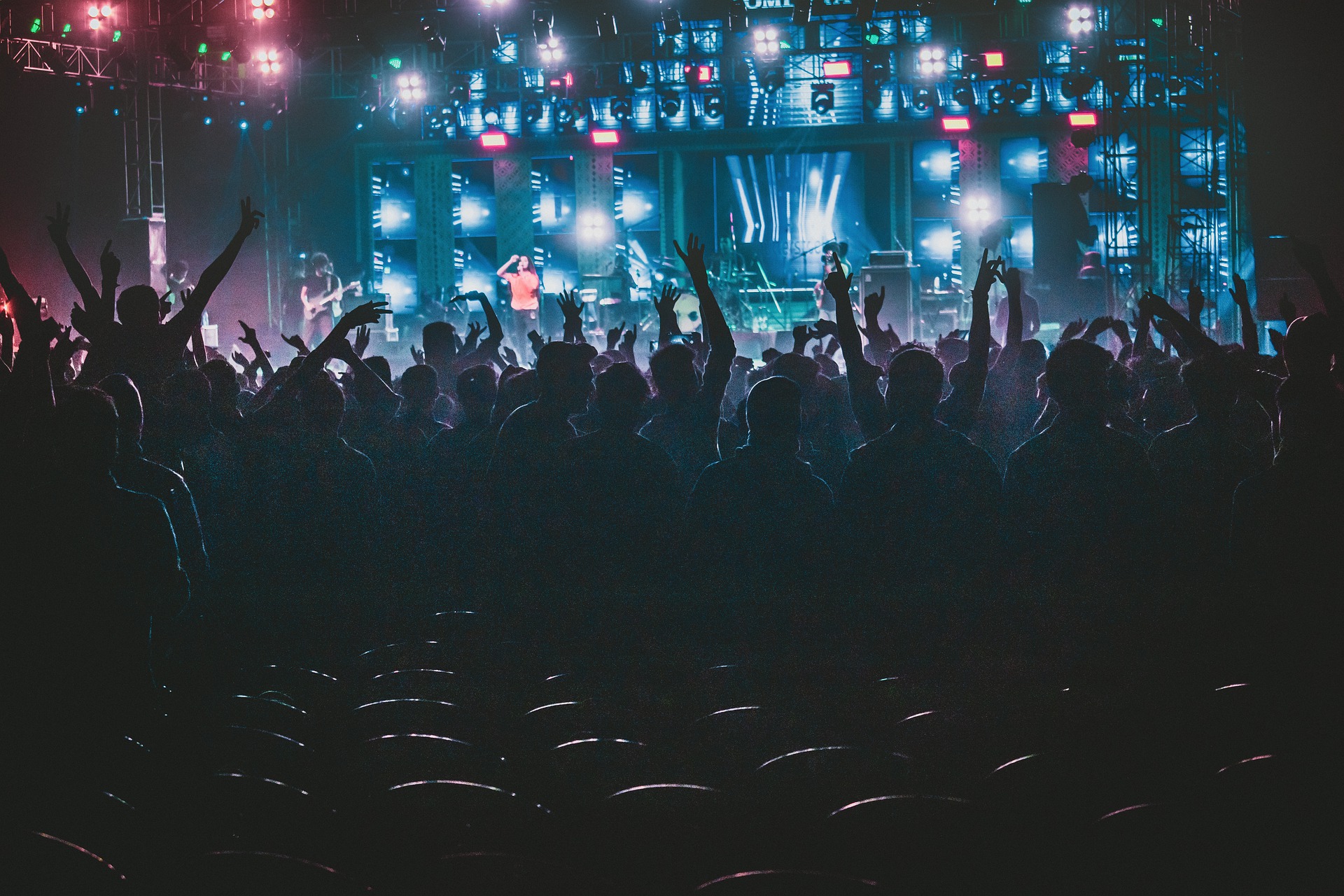 Instead of differentiating between various genders and making them visible, it is also possible to opt for a neutral expression. This is sometimes difficult to insert into an existing sentence and requires some sensitivity, but can open up completely new perspectives on the content of what is written.
Neutral designations are not always possible, but there are other neutral wordings for Künstler*innen (engl. artists). All suggestions for neutrality can be combined with each other.

More liberal rephrasing can always help when constructs that have emerged after gendering actually seem convoluted or simply do not seem to work. Here are two examples in which I have dealt more freely with this sentence.

Zu handverlesener Musik kam die Festivalgemeinde in Schwingung.
(analogous English translation: To handpicked music, the festival community got into the swing of things.)

Alle kamen bei der handverlesenen Musikauswahl auf dem Festival in Schwingung.
(analogous English translation: Everyone got into the swing of things with the handpicked music selection at the festival.)

It is important not to not panic. Of course, sentences that have been gendered should remain congruent. Furthermore, there should be a recognisable will and knowledge of the possibility of writing in a gender-appropriate way. But since we have grown up with the German language in a linguistic system in which gender-specific and especially masculine terms are common practice, such wordings can easily happen.