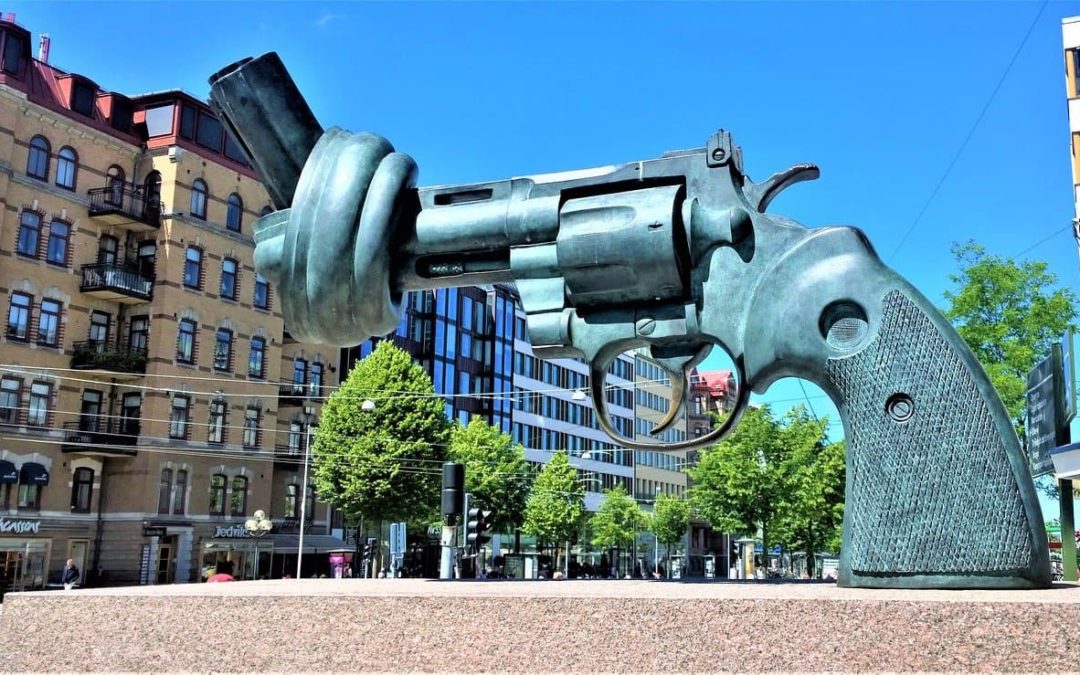 Finding an internship + preparation
As part of my bachelor’s degree in political science, I had to complete a two-month mandatory internship, which could take place both in Germany and abroad. After I had already spent my fifth and sixth semesters in Bergen, Norway with the help of Erasmus+, I also wanted to do the internship abroad.

I was able to get in touch with my internship institutes already during my employment as a student assistant at the University of Bremen. In February I got the confirmation for my two-month internship, which started in the middle of August. However, I had postponed the application for an Erasmus+ scholarship for a long time, because due to the pandemic it was not certain until the end of July whether the internship could take place on site. Nevertheless, thanks to the fast processing by the Erasmus office of my university, the application for a scholarship worked out in time. As the internship was unpaid, the scholarship was immensely helpful for me.

Concerning the preparation, I read current research and contributions of the institute to get a certain insight in advance. Linguistically, I had the advantage that the Institute is very international, and the working language was English. In addition, I had already attended a language course for Norwegian in Norway and since the Scandinavian languages are remarkably like each other, I was able to find my way around in everyday life.

Arrival + Accommodation
For the arrival and later departure, I had decided to take the train. With change in Hamburg and Copenhagen the journey took about twelve hours, which went without any problems. The advantage of the train is that you can travel during the night, save some money and arrive directly in the centre of the city. In Gothenburg itself the public transport is well developed, but for the way to my internship I mostly chose the “Styr & Ställ” bikes, because they were cheap with around 10€ per month. I arrived in Gothenburg two days before my internship started and thus had some time to explore the city.

In order to find accommodation, I started looking on Airbnb. I found a room in an apartment in the Majorna district which I shared with another person who worked as a chef in Gothenburg. Majorna is about four kilometres from the institute and the centre and can be reached by bike in 15 minutes. The nearest supermarket was only 50 meters away and there were also several cafés and restaurants in the immediate vicinity.

Varieties of Democracy Institute
V-Dem-Institute is an independent research institute based at the Department of Political Science at the University of Gothenburg, Sweden. Varieties of Democracy is a new approach to conceptualizing and measuring democracy. It provides a multidimensional and disaggregated data set that reflects the complexity of the concept of democracy as a system of rules that goes beyond the mere presence of elections. In addition to the main data set, the Institute is working on several other research projects focusing on democracy, autocracies, democratization and autocratization. In recent months, it has also increasingly participated in the political debate.

Course of the internship
On the first day I was warmly welcomed and received a short presentation introducing the institute, its structure and goals. I was also given my own key and an access card, and my office was shown to me. Due to the pandemic situation many employees were in the home office and so I only met a handful of people at the beginning during lunch. The obligatory Fika, a weekly coffee break for mutual exchange, was conducted via Zoom.

A large part of my time I worked in the “Pandemic Backsliding” project. This project assesses the extent to which governments violate democratic standards for emergency preparedness in response to the Covid-19 pandemic. This includes collecting data on emergency ordinances, restrictions on press freedom and police violence, and creating an index for it. For the fourth round of data collection, I was assigned 21 countries for which I collected data for the period July to September and reviewed them for the period March to June. As I had mostly African countries, the data was often sparse, and it took me some time to search the necessary sources. In case of questions or unclear cases I could always contact the project managers and discuss solutions together. Furthermore, I independently collected two new variables for the main data set for the period 1900 to 2019. These variables include the party affiliations of the head of state and the head of government of each country represented in the data set, which will be included in the next version.

In the area of public relations my task was to write so called ‘Graph of the week’. These are brief reports exploring the data of the V-Dem Institute and using the online analysis tools on the website. They are getting published on the website and social media to explore the data for a broader audience and encourage others to use the online analysis tools. For me it was a chance to practice writing brief reports for not only an academic audience and getting direct feedback by my supervisor of this task. During my time at the institute I wrote six of these reports about topics like the protest in Belarus, exclusion by social group in the United States of America and the rise of personalism in Russia.

Besides the data collection and public relations work I had to do some administrative task during my internship. One of my first tasks at the Institute was to update the curriculum vitae of the Institute, i.e. add the latest publications and references, check the lists of team members and update the statistics. I could also join the meetings of the Program Management Unit and Data Management Unit to get an insight into the work behind the research.

The most interesting part of my internship were the research seminars I could attend during my time at the institute. Scholars of the institute and other universities presented their current research, and I was able to read some early stage research papers. I also attended some interesting method seminars where I learned about among other things bayesian inference in social sciences. All this gave me a good idea about working in the scientific field, which is currently a future option for me.

Living in Sweden
Since I had no set working schedule, I usually started at 8 a.m. and finished work around 4:30 p.m. This had the advantage that I had the late afternoon off. I enjoyed roaming the city, taking pictures and meeting my flatmate for lunch. In contrast to Germany, Sweden has had a much more relaxed approach to the pandemic. Stores, restaurants and cafes were open as usual and there were almost no restrictions. A recommendation are the museums, which are usually free for people under 25. In terms of costs, Sweden is a considerable amount more expensive than Germany and one should plan with between 1000€ and 1200€ per month.