Research Project at the Technical University of Eindhoven

I spend 4 months in Eindhoven for project work at the technical university. I learned a lot and enjoyed the time there.

Housing
Housing is a special topic in Eindhoven. A lot of students struggle with their search. So, for me it was not easy as well to find a place to stay. Since I planned to stay in Eindhoven for only four months, I decided to not take advantage of the offer of the university to search for place for me because this only included rooms for one whole semester. As a consequence, I had to move in Eindhoven several times and it took some time until I could finally settle down. In the end it would have been much easier for me to just use the service of the university. But I ended up in an apartment with two friendly and welcoming dutch students. The apartment was located central and it took me 10 min to get to the university. I really enjoyed the time there with my flatmates. I looked for a room many different homepages (including facebook groups and friendly housing). Although I had to pay to become a member on some of the homepages, which I didn’t expect in the first place, I have been finally successful on a site called kamernet.

Public transport
The dutch people are famous for being bike lovers. So, there are a lot of opportunities to purchase or rent one. In Eindhoven it is pretty handy to have a bike. I chose to rent a bike from the company swapfiets. For 15€ a month they delivered the bike to my place, repaired/exchanged it when it was broken and picked it up at the end of my stay. This was the perfect solution for me. Of course, you could also go to one of the bike dealers and buy a used bike for a cheap price. To bridge the time until you find your bike you can also rent one at the tourist center next to the main station. They charge you 13 € per day.

In case you still have to use the bus, you could purchase the ov-chipcard. Once it is charged with some money can be used in the bus to pay. This way you get a discount and pay depending on how far you travel. Without the card you always pay the maximum price of around 4 € no matter how far you travel in Eindhoven.

University
I felt comfortable and welcomed at the University from the first day on. As well as probably at most of the other universities the Erasmus students had an introduction week with information events, games and tours around the university and evening program. This way I got to know a lot of the exchange students.

I felt supervised well in the research group I worked in. My two classmates from my home university and I got an office to work in. At the TU Eindhoven we had two supervisors. With one we met regularly, to discuss our results and plan the next steps which was very helpful. We worked on the simulation of a hydrogen producing process and got the chance to have a look on the actual plant on which other students were working on.

The university has its own sport center where it offers any kind of sport you can think of. From swimming, fitness, martial arts, climbing, yoga to even horse riding and learning to fly a glider.

City
Eindhoven is not a large city. The benefit is that everything you need is central and easy and fast to reach. In the city center there are numerous shops or malls you can go for shopping or even to do the groceries. And at night there is the Stratumseind with bars, pubs and clubs.

There is also the old Philips factory terrain which is now used for offices, apartments, different little shops and bars. You can still see the industrial origin of that place which merges with the new.

Apart from the factory the city doesn’t have old buildings as for example Amsterdam. The reason for this is that it strives to be a place of knowledge and progress. Therefore, it is constantly changing and developing.

Traveling with a group of people had the benefit that we got a discount on the train tickets and could travel cheap the other places. So, with the Erasmus students I discovered different dutch cities like Utrecht, Rotterdam and the Hague, which I really enjoyed. 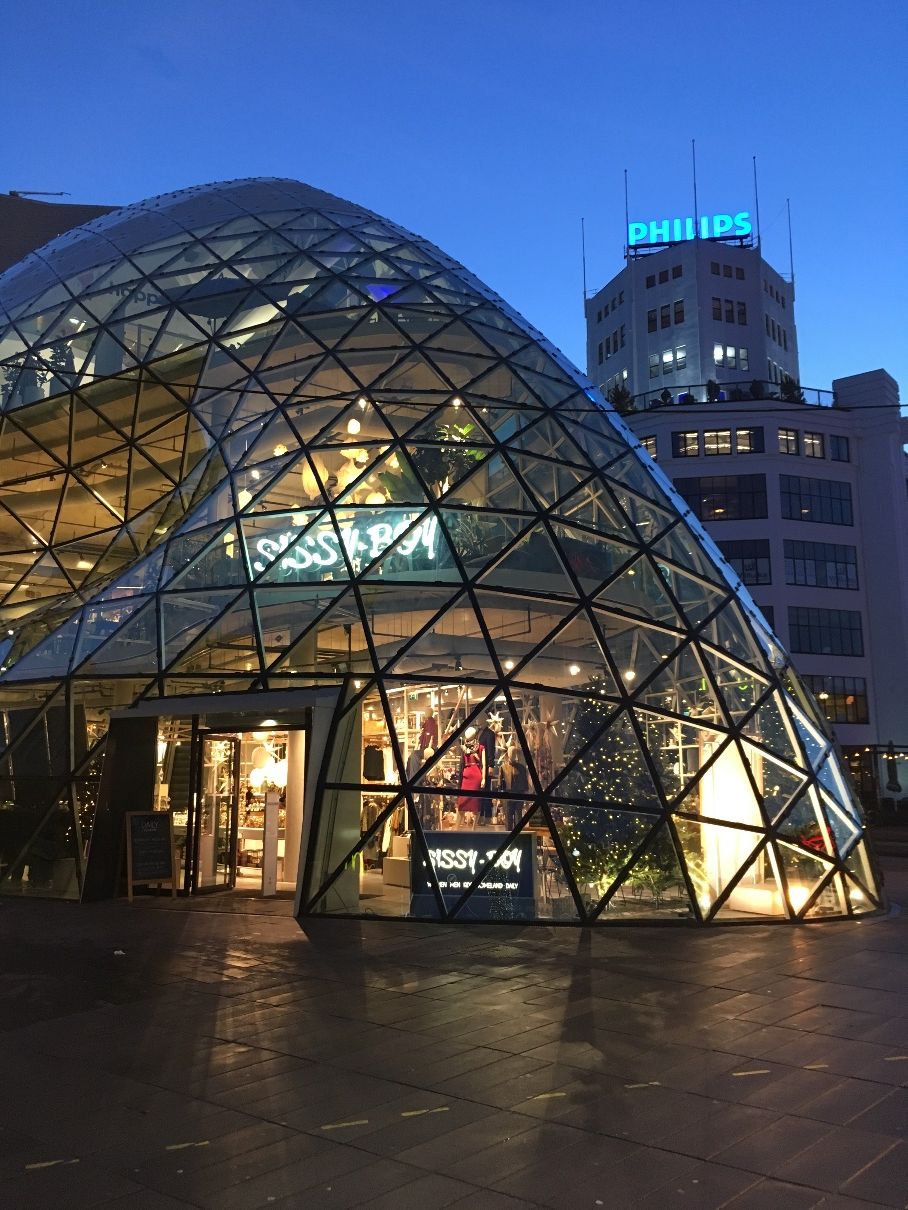