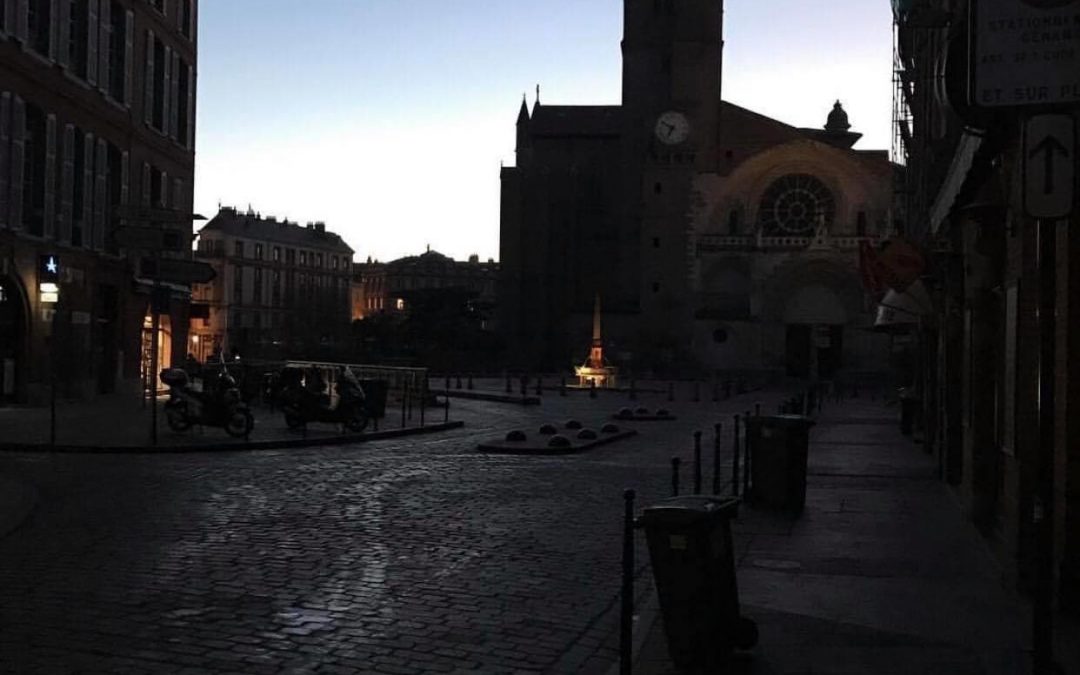 I had a great time working in Toulouse, France. It is an experience which I will be remembered for my whole life. It was sometimes exhausting but I enjoy it most of the time. Living in France was one of my dreams, I am completely moved by the French culture and people. I have made couple of great friends with whom I can think of hanging out again. So, let me tell how it all started and what I was supposed to do in the company.

How I got the opportunity?
I am originally from Karachi, Pakistan and came to Bremen for my Master of Science in Digital Media (Media-Informatics). Back in my country, I have done Bachelor of Science (Computer Science) from one of the leading Computer Science universities of Pakistan. After completing my degree, I have started working as a Software Engineer which I did for more than two years. One day in Bremen while sitting in the tram, I was telling about my degree and professional experiences to a guy from my country. He got quite impressed with my profile and suggested me to apply in WearHealth. I did not know anything about WearHealth at that time, with the name, I got an idea that they are doing something with health. I already had an edge over it because during my two years career in Pakistan, I have worked in a company which bridges the gap between I.T. and public health.

I have started my research about the company, what I found is even more interesting, WearHealth has the connection to the health but in a very different sense. They are working for the safety of the workers who are working in the industries. I always wanted to do something with the technology which helps the humanity.

I was quite impressed by the previous achievements and projects of the company. I applied to the company by sending an email along with my CV to company’s CEO and CTO. After couple of days, I got an interview call from them. I had an interview with CTO of the company on Skype, we had a good productive discussion. He liked my technical skills and my motivation towards Software and Android Development. So finally, I got selected to be a part of their company.

Now second part was to apply for the grant. Luckily, there was another student working in the company on Erasmus+ Scholarship, he helped me a lot in managing all the documents. Moreover, international office of University of Bremen and Mr. Mathias Bücken was very supportive in making me arrange all the documents. And trust me, the application procedure is not at all difficult.

Relocation and Accommodation
Moving on, lets talk about the next big thing, relocation and accommodation. The most difficult thing in Europe these days is to find a suitable place to live that was a case in Toulouse, France, I believe. I am saying “I believe” because I was extremely lucky in that case, as I have told you earlier that there was another student working in the company whohelped in the application apart from that he also helped me in finding the suitable accommodation. He was like a savior. I had to live in that place for a year therefore it was not that difficult to find a good one.

What I used to do in the Company?
I am writing this section as it is written in my certificate. I am very much happy with the amount of work I have done for the company in my one-year tenure. I have worked with the WearHealth team allocated in an IoT startup accelerator. The first two weeks were designated to the introduction to the accelerator, its functions, and the role of the company there. Besides, I have taken part in the weekly team meetings and got to know all the team members as well as the culture in the company. After that period, I have started working on the following tasks related to a safety and health platform based on data from wearable devices and machine learning:

I am sharing a picture from my workplace, which is not that nice but it worth adding to this experience blog. I was performing the tests of the application on different types of technical units. So, you can only see smartphones, tech units and most important, my ring which I have lost in Toulouse. 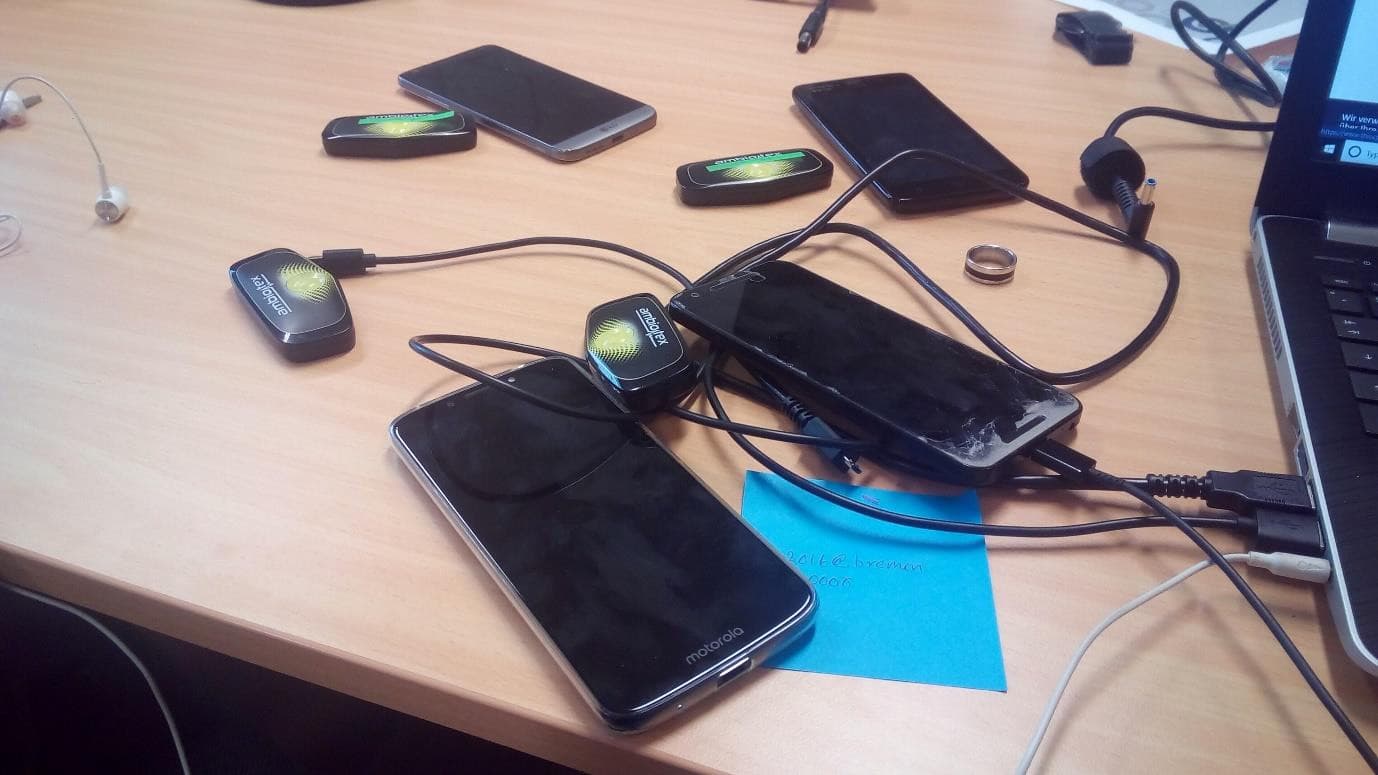 Life in Toulouse
Life in Toulouse was exciting, I have made the most of my time by just roaming around the city exploring different cultures and places. In the beginning, I had a difficult time as I was missing my family but later I got used to of the life there. The people of the city are quite nice, they are very helping and have a good sense of humor. As the university in Toulouse is quite good therefore, it has a big international community, I have made some very good friends there.

I have taken a lot of pictures in the city but here I am sharing the few of them otherwise you will get bored. 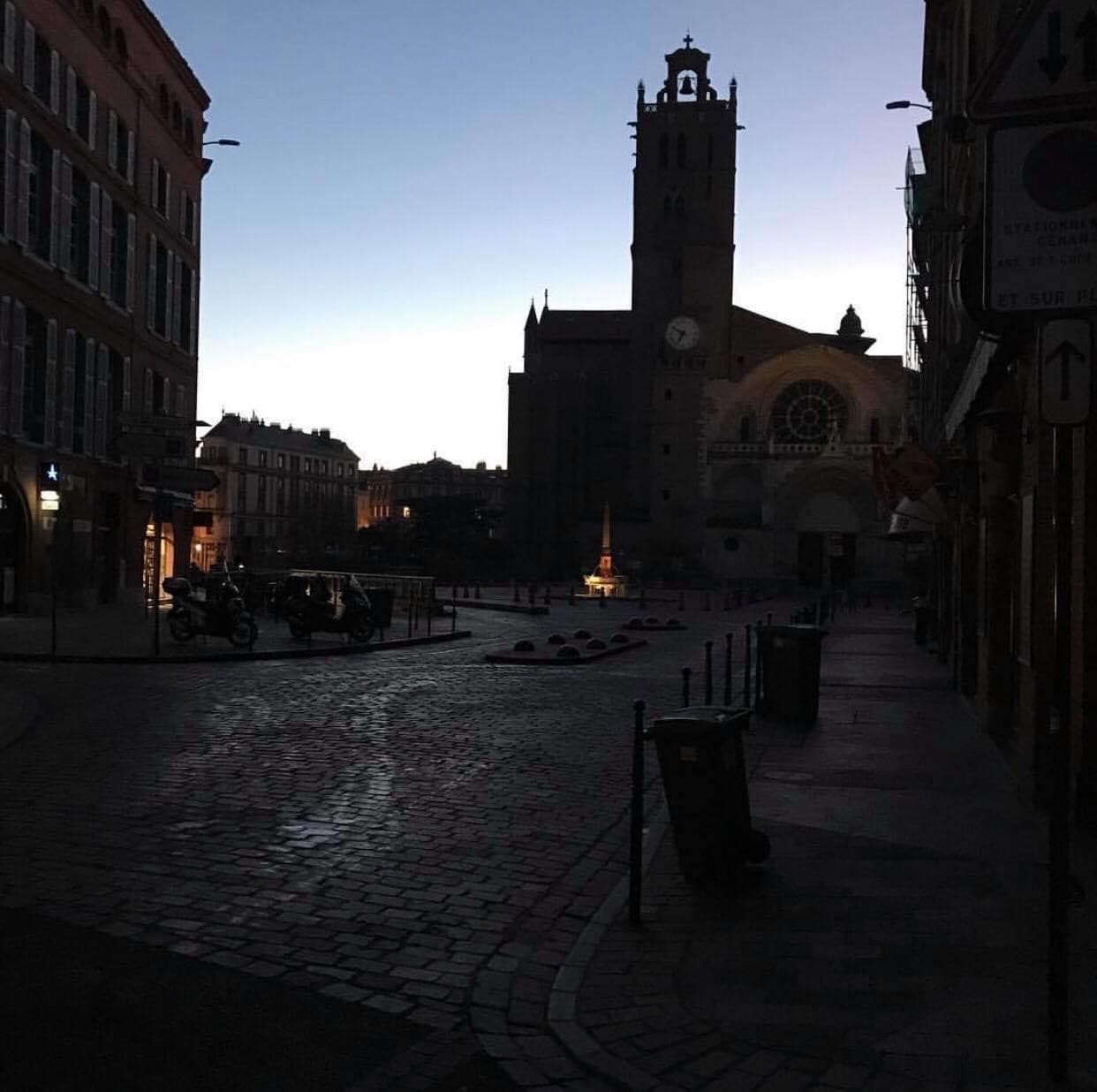 The picture is quite dark, but it is natural with any filters or anything that’s why I like it. It was the morning time and sun was just coming out. You can see Toulouse Cathedral in the picture. 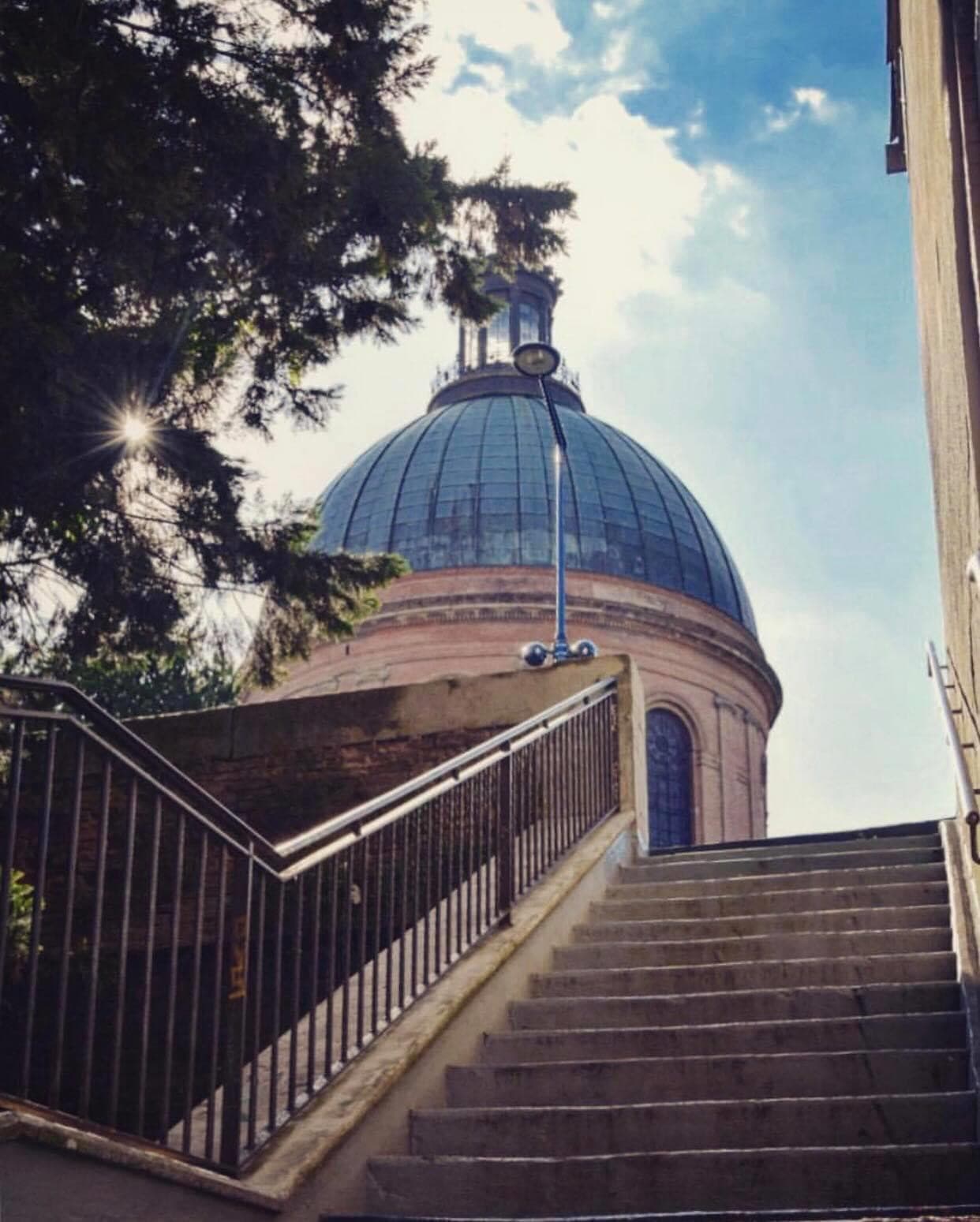 This one of my favorite pictures which I have captured in the city. You can see Dome de la Grave. I was walking in the evening along with my colleagues, the sun was shining brightly and the Dom was looking beautiful so I thought to capture it.I am sharing this picture, because Toulouse is often called the city by the name of La Ville 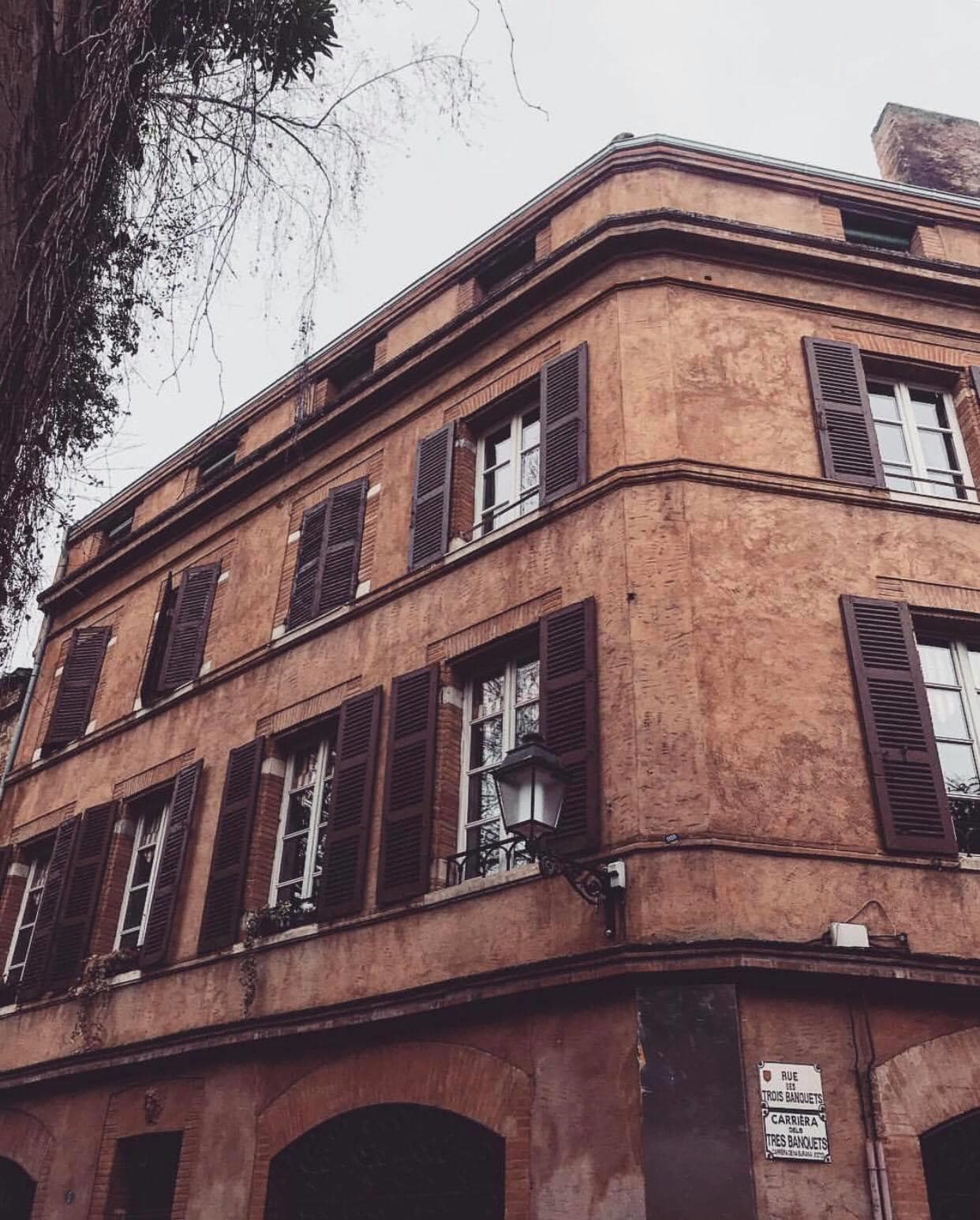 Rose (The Pink City). It is because pink bricks are being used in many of the buildings of the city which make it looks very beautiful.

Overall, my internship in this beautiful city was amazing. I have learned a lot about myself, my career and also about the French culture and traditions. This internship will definitely help me in the future because technically I have become quite strong now, before doing thisinternship I used to develop android applications for smartphones but now I can develop it for smart watches, smart glasses and smart shirts. In short, I have become smarter. The grant which has been given to me by Erasmus+ quite helped me in managing myself there. I am very thankful to the people who are managing this program.