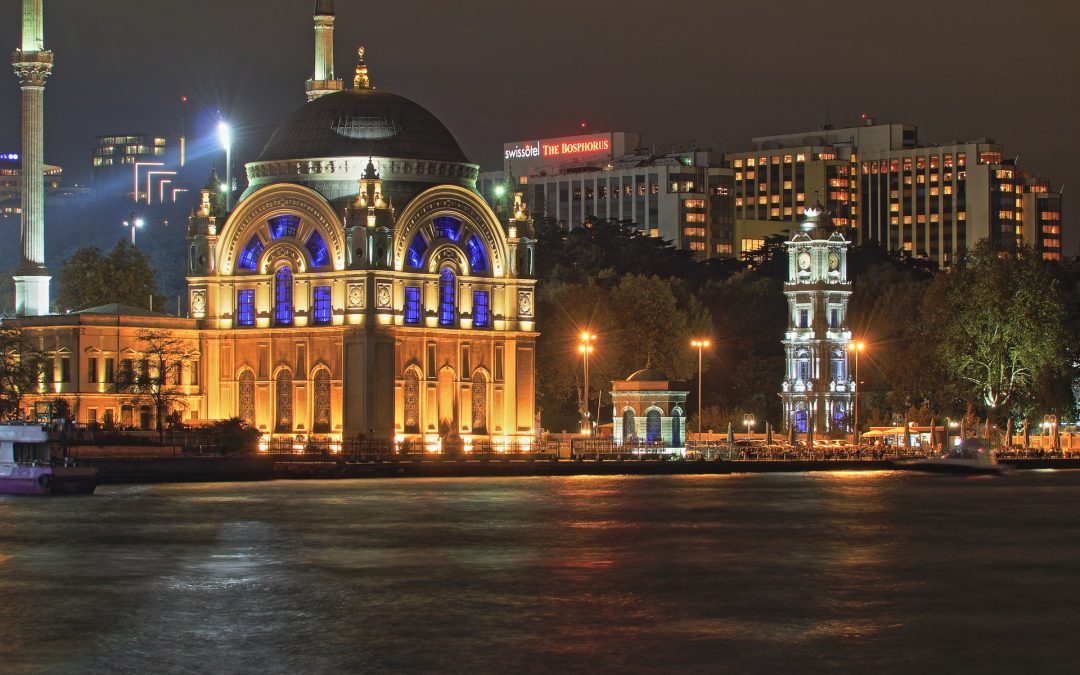 1. Introduction
This report has the purpose of reflecting and discussing my internship with Istanbul Technical University’s East Mediterranean Centre for Oceanography and Limnology (EMCOL) Istanbul, Turkey in the period between October 2017 and November 2017, as part of my master studies in Physical Geography: Environmental History at the University of Bremen, Germany. The main objective of this report is to reflect on my internship experience, elaborate on the task i undertook as an intern at EMCOL and shed some light on EMCOL’s ongoing research on the Marmara sea’s paleoceanographic evolution which I was privileged to be a part of during my training period. EMCOL is one of the finest facilities in the area of marine sciences. The Facility was founded in 2005 at Istanbul Technical University (ITU) with funds from the EC 6th Framework Programme. EMCOL contains a core analyses laboratory, sedimentology and geochemistry laboratories and core storage units. EMCOL has been a partner in many international projects and is specialised in geohazards in marine & lake basins as well as paleoenvironmental climate reconstructions.

2. Internship tasks and activities
During my traineeship, I was assigned various tasks at EMCOL. We carried out studies on the on the Marmara Sea to understand the Late Pleistocene to Holocene sea level changes and water exchanges with the neighbouring seas (the Mediterranean and Black seas). For the purpose of finding out the paleoceanographic evolution of the Sea of Marmara, sedimentological, geochemical and geophysical studies were performed on cores obtained in October 2014 by R/V Pourquoi Pas in the southern Marmara shelf. The physical properties of the core sediments are inferred using the Multi-sensor core logger (MSCL) (See Fig 1A). The elemental profiles through the cores are established by ITRAX XRF core scanner (Fig 1B) analysis. 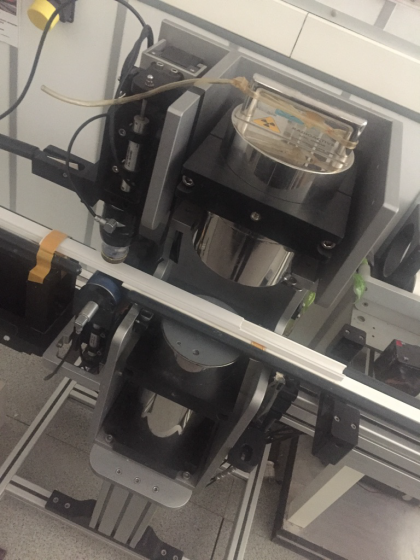 Fig. 1. A) A Geotek MSCL in ITU EMCOL’s laboratory. 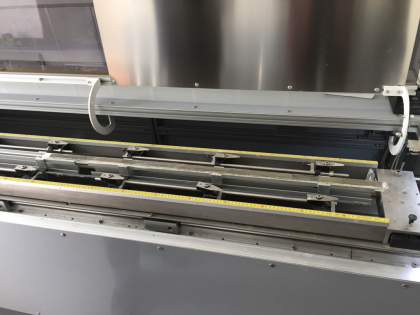 Fig. 1. B) An ITRAX XRF core scanner at EMCOL’s laboratory

Changes in organic productivity were found by determining rates of total organic and inorganic carbons, hence, the main factors on the organic productivity can be discussed. The East Mediterranean Centre for Oceanography and Limnology institute (EMCOL) already carried out MSCL and XRF analysis on this core prior to my arrival. However, I participated in sampling for C14 analysis, core logging and carried out TOC analysis on cores from New Zealand and the Marmara sea (Fig. 2). 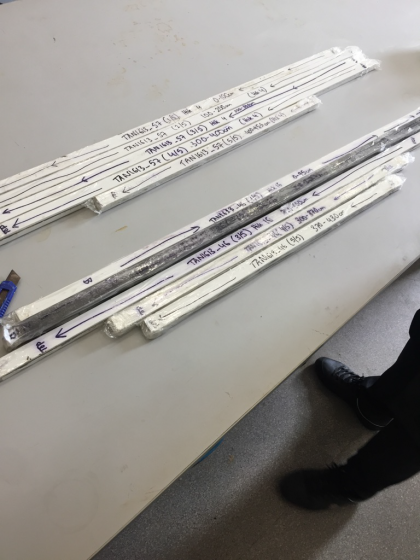 Fig. 2. A) U-Channel samples taken from New Zealand for analysis in EMCOL labs. 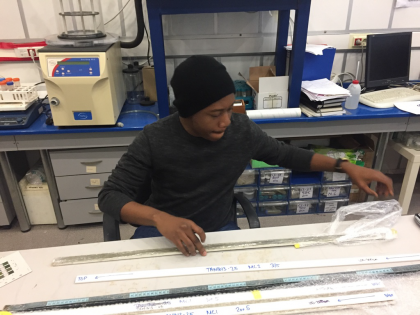 Fig. 2. B) Myself doing some core description. 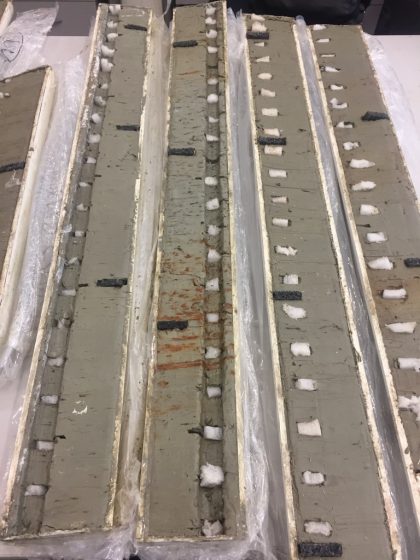 The TOC sampling on MAR CS18 was done at 10cm intervals with each sample being 1cm thick. By macroscopic inspection of this core, organic rich dark coloured sediments can be distinguished at different sections of the core suggesting the existence of sapropels.

3. Personal reflection and future development
My internship at the East Mediterranean Centre for Oceanography and Limnology was an impactful learning experience. I learnt a lot from the EMCOL scientists and team. Prior to this training, I had been more exposed to lacustrine sedimentological studies during my master program at UniBremen. During my time at EMCOL, I gained further experience in paleoceanographic studies. I was able to improve my analytical skills by being challenged to solve problems innovatively. My internship at EMCOL also exposed me to career possibilities in fields quite relatable to my country of origin. One of the major reasons I embarked on my masters study is for my personal and professional development. Although my future plans are currently flexible, I have always pondered on how all I am learning in my master study could be beneficial or put to use in Nigeria and Africa as a whole, this being my origin and being aware paleoenvironmental studies especially with the aid of micro-XRF studies is yet to be either understood or adopted in the region. Asides paleoenvironmental studies and reconstruction, my experience at EMCOL informed me of the utilisation of some analytical methods I am familiar with such as TOC, for other purposes other than determining rates of primary production in paleoenvironmental reconstruction. An example is the alternate utilisation of TOC and Loss on Ignition (LOI) techniques for source rock evaluation in oil and gas research, an experience which of course would be valuable in my country’s job market. If one were to take a broader look at some of the analytical methods being learnt in the course of my interdisciplinary master study, the potentials and career opportunities in various sectors become clearer. Non destructive micro-XRF studies is fairly new, with the first non-destructive XRF scanner that could produce continuous element records from split sediment cores being first developed in 1988 by the Netherlands Institute for Sea Research (Rothwell 2015). I would hope this analytical methods would sometime in near future be introduced in African research institutes and centres for learning and we can have some more African perspective or contribution to the current global exchange of knowledge on paleoenvironmental studies.

4. Description of concrete activities
During my internship at EMCOL, we carried out studies on marine cores from the Marmara sea. The Sea of Marmara has been in the focus of national and international research groups for tectonic, paleoseismological and paleoceanographic studies because of its tectonic setting on the North Anatolian Fault (NAF), it’s earthquake risk and location on a gateway between the Mediterranean and the Black Sea. These investigations for the last 10 years were established particularly on the northern shelf and the deep basins of the Sea of Marmara. Late Pleistocene to Holocene paleoceanography of the Sea of Marmara and water exchanges between the Mediterranean and Black seas were explored by using core and seismic data obtained during these marine observations in the Sea of Marmara. The core chronostratigraphy obtained by these researches have allowed the investigation of the paleoceanographic evolution of the Sea of Marmara for the last 70 ka BP. Nevertheless, different conclusions on the Late Pleistoce1ne to Holocene sea level changes and water exchanges with neighbouring seas were made in all these studies. The most important reason is that the chronologic studies of the cores used in some of the previous studies in the Sea of Marmara was not well established. In order to obtain older sedimentary record and detailed paleoceanographic information, a marine cruise was established in 2014 October by R/V Pourquoi Pas in the southern Marmara shelf. During this cruise, two piston cores with up to 21 m length and high resolution seismic survey were performed around the Imrali Platform. For the purpose of finding out the paleoceanographic evolution of the Sea of Marmara, sedimentological, geochemical and geophysical studies will be performed in the cores in this project. The physical properties of the core sediments can be inferred by Multi-sensor core logger (MSCL). Besides the sedimentological studies, different lithological features through the cores can be differentiated by MSCL analysis. The elemental profiles through the cores will be established by XRF (ITRAX core scanner) analysis. Therefore, changing geochemical properties of the core sediments and its relation with the changes in the paleoceanographic situations can be defined. Changes in organic productivity can be found by determining rates of total organic and inorganic carbons, hence, the main factors on the organic productivity can be discussed. The results obtained from high resolution multi-parameter (sedimentological, geochemical and paleontological) analyses of studied cores in the current project will be correlated with regional and global records. Core to seismic correlations on the shallow seismic reflections obtained in the Project from Imrali Platform and its surrounding will help to differentiate various sedimentological units at the sea bottom and their facies together with their chronologies. The interpretation of sedimentological and geochemical changes with chronologicalperiod in the studied cores will allow the understanding of the timings of paleoceanographic changes in the Sea of Marmara during the Late Pleistocene to Holocene. For this reason, the core sediments will be dated by radiocarbon analysis, tephra chronology and by correlation with global records. Accordingly, an age-depth model will be constructed, and hence, the detailed Late Pleistocene to Holocene stratigraphy will be provided in this project.

For stratigraphic and paleoceanographic purposes, EMCOL will study the long cores taken from the Imrali Basin. The analytical methods being used are TOC/TIC; µ-XRF core scanner analysis. The long cores will be dated using radiocarbon, U/Th, tephrochronology, and correlations of multi proxy Marmara records with global and regional records (e.g., Vidal et al., 2010; Çagatay et al., 2015). The radiocarbon analyses will be carried out at CNRS national radiocarbon for the larger samples and for samples of very small weight, at CEREGE with the Aix MICADAS AMS.

Total Organic Carbon Analysis
My primary task during my internship was to learn how to independently operate and use the Shimadzu TOC/TIC Analyzer to obtain total organic carbon and inorganic carbon in the sediment samples. Split cores were sampled 10 cm intervals. In some cases sampling interval was reduced to 5 cm to obtain high resolution changes. Sampled sediments were dried using freezer dryer after freezing. Dried samples were pounded into fine sizes for the analysis. For every sampled section, around 50 mg material was weighed. The TOC percentage is calculated using Total carbon (TC) – total inorganic carbon (TIC) = TOC equation. For the calibration of total carbon analysis, potassium hydrogen phthalate [C6H4(COOK)(COOH)] with 204.22 molecule weight and 47.05 weight percentage was used. Calibration curves for total carbon were created by burning 10, 20 and 40 mg of potassium hydrogen phthalate. For the total inorganic carbon analysis, sodium hydrogen carbonate (NaHCO3) with 1200 molecule weight and 14.28 weight percentage was used. Calibration curves for total inorganic carbon are created by burning 20, 40 and 80 mg of carbonate. For further analysis, methods were created using these calibration curves. According to the method, the difference between the percentages of total carbon and inorganic carbon gives the measured percentage of total organic carbon. Analysis for Total Carbon (TC) depends on the burning process of pounded material with 900oC and for Total Inorganic Carbon (TIC), it depends on using 85% phosphoric acid first, burning the material at 200oC and then the amount of CO2 is calculated by the equipment. These analyses are obtained with 95% precision.

5. Conclusion
My traineeship in EMCOL was very relevant to my master studies, education and professional profile. Through my stay abroad and training at EMCOL, I believe my analytical skills saw good improvements. I also improved my organisational skills and further improved my ability to work independently with little or no supervision. My career and future aspirations also became rather clearer following this internship and more than ever, I am positive about the future I can have in my chosen field of specification. I am thankful for the opportunity provided to me by the Erasmus+ programme and the EMCOL scientists and team.