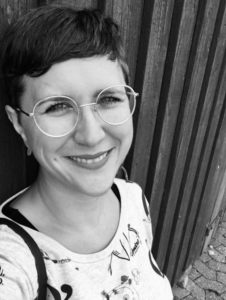 Postdoctoral Researcher at the Department of Romance Studies, University of Bremen

Bio: Since 2018, deputy director of the Institute for Postcolonial and Transcultural Studies (INPUTS) of U Bremen. 2019 Sibylle Kalkhof-Rose Academy Prize for the Humanities. 2016 Berninghausen Prize for outstanding teaching. Author of a book on violence and trauma in contemporary Haitian novels (Gewalt und Trauma im haitianischen Gegenwartsroman: Die Post-Duvalier-Ära in der Literatur. Tübingen: Narr, 2015) and articles in peer-reviewed journals such as The French Review, French Studies, The Journal of Haitian Studies, Research in African Literatures, Open Cultural Studies, Tydskrif vir Letterkunde. 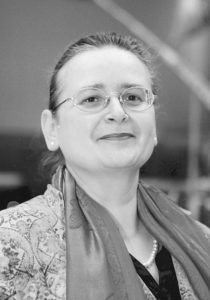 Professor of Romance Studies and Literature at the University of Bremen

Education: After studying Romance languages, philosophy and German literature (U Stuttgart, Lausanne CH), she received a doctorate with her thesis focusing on myth in the French novel of the 20th century using the example of Robbe-Grillet and habilitated with a study on poetics and rhetoric around 1500.

Bio: Since its initiation in 2014 she has been a founding member of the interdisciplinary and collaborative research platform “Worlds of Contradiction” at the University of Bremen. Beginning in 2019, she has been a spokesperson for the “Plural Knowledge Forms” division. She has managed an international research project called “Origins of Modernity” in collaboration with the Center for Cultural Studies and Cultural Theory of the University of Stuttgart and the Collège International de Philosophie in Paris as well as associated partners in Vienna, Paris, Bern, and Neuchâtel. 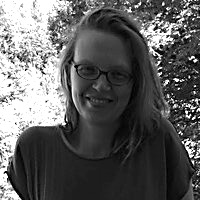 Postdoctoral Researcher at the Department of Germanic Studies, University of Bremen

Bio: She was a DAAD assistant at U La Habana as well as a DAAD visiting professor at U of Barcelona (2008-2013) and is a member of the Department of German Philology at U Complutense (Madrid) since 2017. One of the founding members of the interdisciplinary research lab “Digital diaspora” (funded by the collaborative research initiative “Worlds of Contradiction”, U Bremen). Coeditor of: Utopie im Exil. Literarische Figurationen des Imaginären (Transcript, 2017). Articles in German Life and Letters, Oxford German Studies, Arcadia, The German Quarterly, Revista de Filología alemana, Anuari de Filologia. Literatura Contemporàniès. 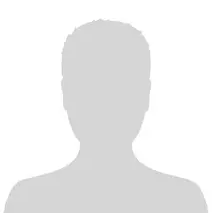 Assistant Professor at the Amsterdam School for Cultural Analysis, University of Amsterdam.