Welcome at our blog „Making Sense! Entering the Field of Sensory Studies.“, which introduces the collaborative E-module conceptualized by anthropologists at University of Bremen and University of Eastern Finland!

This project started after Dr. Cordula Weissköppel from University of Bremen visited the University of Eastern Finland (UEF), Joensuu campus in February 2020. At the department of Cultural Studies, Faculty of Humanities of UEF she met a number of experts in sound studies, touch studies, and media anthropology including Finnish and international researchers in the complex SENSOTRA project convened by Prof. Helmi Järviluoma and funded by the European Research Council. This was exciting as we discovered joint interest in the field of Sensory Studies from anthropological perspectives, not only for doing research, but also for the challenge how to teach Sensory Studies in our BA and MA programmes. The idea was born to conceptualize a joint blended learning module, as we both, University of Bremen and University of Eastern Finland, are members of the YUFE alliance which is keen to establish a European university which operates mainly digitally. Therefore our idea was supported by our international offices and local funding institutions, and by coincidence we started to meet on virtual conferences when all universities had to „stay home“ due to the European-wide lock-down caused by the Covid19 pandemic in March 2020. In a team of five we met month by month on ZOOM and designed a module which would fit to the conditions of the BA study programmes at UEF as well as at UB. During the winter term 2020/21 we taught the course with students from Bremen and Joensuu, and experimented a lot how to approach Sensory Studies not only by lecturing and reading texts, but also by practical tools in order to explore our daily life environments by activating our bodily senses.

Based on these experiences, following principles of research-based-learning (Tremp & Koch 2020; Mieg 2019) and involving our students, we started to rework the concept of the module: „Making Sense. Entering the field of Sensory Studies“ is now ready for presentation and application. First time, it has been offered for the YUFE course catalogue in the winter term 2021-22.

Since the beginning of the 21st century we talk of a „sensory turn “in Humanities in general, in Anthropology and Cultural Studies in particular: Scholars, many from the non-western hemisphere, increasingly criticized the logo- and occularcentrism in academia (Pallasmaa 1996) as seeing, writing and reading had become the dominant way of perception as well as knowledge production. Besides this it had also neglected other approaches of experiencing the world. Ethnographers who did fieldwork in different regions of the globe pushed the insight that the senses of taste, touch, sound and smell had been marginalized or even ignored in research and its documentation. The World Soundscape project, created by Schafer and his team (1976), was one of the first initiatives to document sounds from five European villages in order to archive certain atmospheres characterized by sound experiences, also with the intention to conserve them as they observed rapid change. Historians started to reconstruct the history of smell (Corbin 1982) or touch (Classen/ Howes 1994) in Europe demonstrating how much these human senses have been influenced by certain cultural mindsets and prestige systems of elites, but also by technological inventions as well as bio-medical knowledge production. These genealogical approaches, inspired by the work of Foucault, contributed to analytical explanations why a certain hierarchy of the senses had been established throughout the centuries, as it referred also to the Cartesian dichotomic conceptualization of mind versus body, or culture versus nature – discourses which have been heavily under deconstruction since the 1980s.

The Sensory Turn, was then very much initiated by empirical ethnography, by researchers who reflected intensively on the methodological instruments in anthropology and cultural studies which favour the human body as a central source for insights (Pink 2009), like a complex seismograph incorporating different sensory tools and ways of communicating with other living beings (Ingold 2011). These recent debates in an anthropology of the 21st century opened a number of new research fields and urged on the incorporation of the senses in our teaching: How can we as teachers of anthropology use our mind- and senseful body to inspire our students? And how can we convince certain stakeholders and potential audiences in our complex societies that multi-sensory research, this means diverse methodological approaches and new kinds of multi-modal representations (Harris 2021), may change the attitude towards the world?

In order to offer first steps for our BA students in Anthropology and Cultural Studies we, anthropologists from University of Eastern Finland and University of Bremen, designed the module „Making sense. Entering the Field of Sensory Studies “, which combines digital units (lectures and reading) and practical exercises following selected „treks “. Read more about the Module.

What about a little self-experiment to start with? 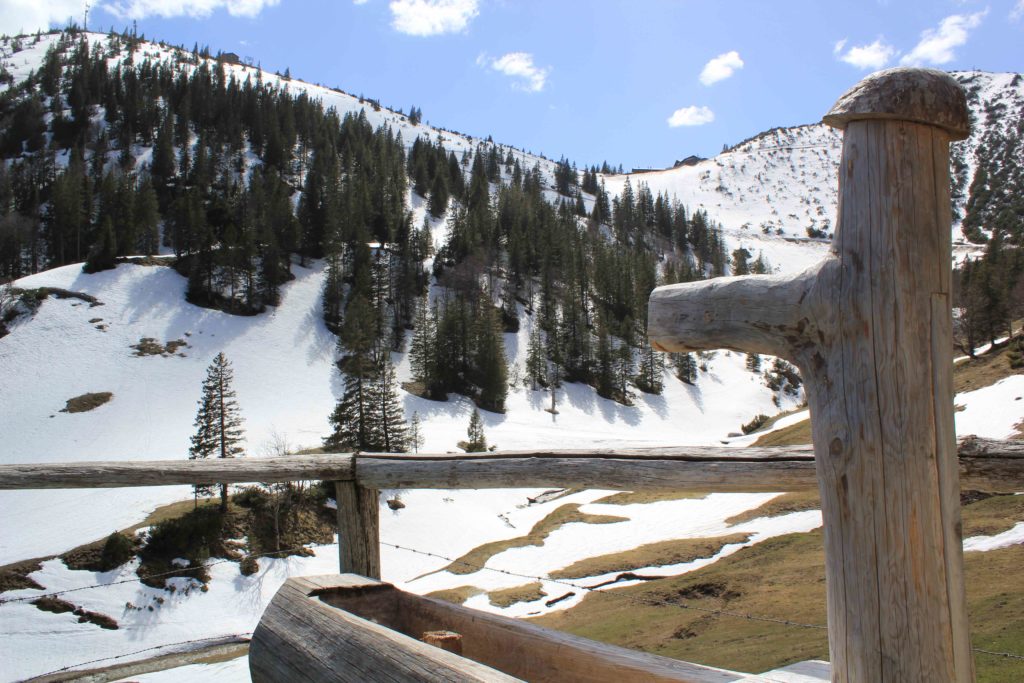 Why don’t you take just a few moments trying to „hear“ or „smell“ the following picture? You will be surprised what your brain is able to do!

What is this module about?

Find out about the differerent treks you may take.

Decide if you want to specialize in:

Do you want to know more about the people involved in the module?

You are not the first one to take part in this module!

Let’s take a look at some former projects from other students!

AND get to know the students in our blog team!

There are different ways to explore your local area sound-, smell-, and visualwise.

Check out what we already experienced for you!

Are you looking for a certain book or text we talked about during the seminar?