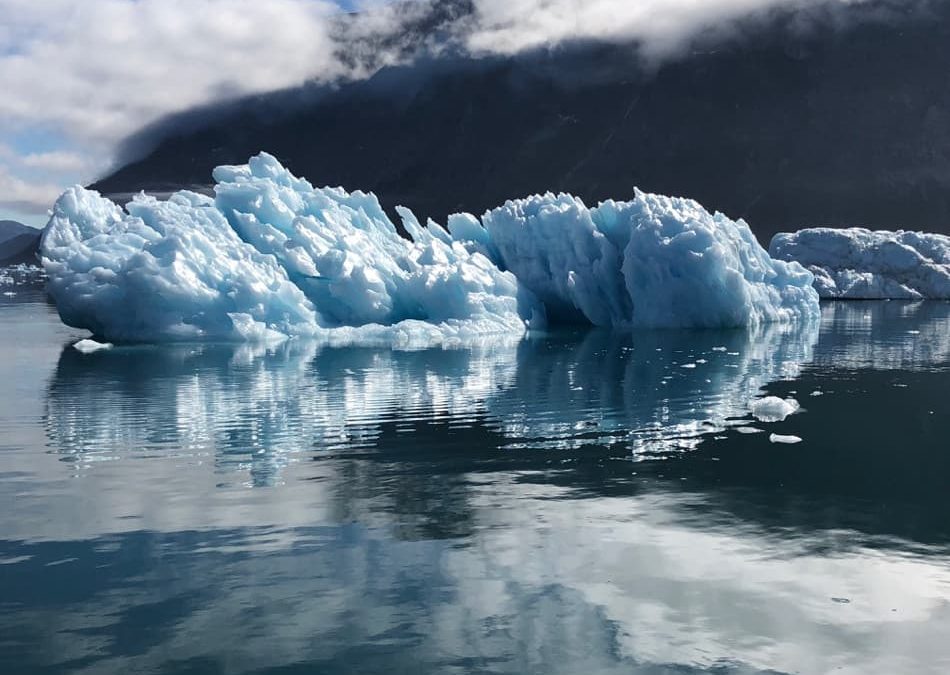 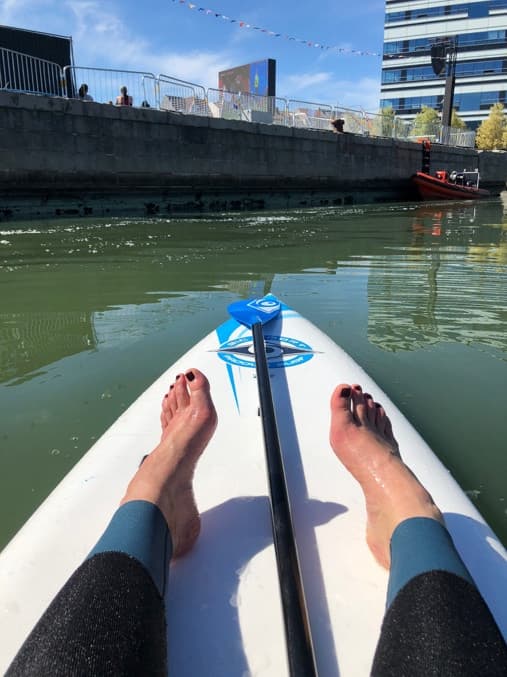 I have spent the last 9 months in the wonderful country of Denmark. A viking country known to us for its environmentally aware bicycle cult and the new trendy lifestyle Hygge. But why would someone from northern Germany chose a country, which seemingly isn’t that far away? 4 hours by train or 350 km doesn’t seem to be a distance worth choosing for an internship abroad. But yet, its appeal to me is still undeniable.

Across our northern most border lays a country full of potential for German students. Though, close to home, Denmark’s culture is quite different to what I am used to. The first difference one will notice in the work place. Danish working environments are characterised by flat hierarchies. You will be called by your first name and you’re encouraged to adapt this behaviour no matter whom you speak to. It is very strange in the beginning since most people from other European countries are used to superiors being an authority figure thus called by the last name and with a consecutive title. In Denmark, however, using the first name allows to feel equal and therefore enforces to discover one’s own potential and capability. It also comes with great responsibility since once you’re equal to your supervisor you are also required to stand up for yourself and to involve yourself into problem and solution identification. Danes are open critics and quite straight forward. There is barely anybody who will hide their opinion and consequently practising a diplomatic way to discuss has proven to be highly valuable.

Making friends while being abroad is something that comes natural since socialising is quite important to the mental health of humans. However, most foreign students consider it almost impossible to connect to Danish students. Although I have been living in northern Germany for almost my entire life thereby getting to know how to deal with closed up people, Danes stay even more to themselves. It isn’t always easy to make good connections in the beginning. It takes time for them to open up to you and then it takes endurance to get to know them. However, it pays off since a Danish friend will stay a friend forever.

I worked at an Arctic research institution (ARC) associated with Aarhus University in Aarhus on Jylland. The research centre employs about 50 scientists in various natural sciences. However, one topic all of them have in common: they conduct Arctic marine research and most field work is executed in Greenland and its surrounding marine habitat. If one considers Danish history, the scientific connection to the massive icy island is almost imminent. Greenland has been integrated into the Danish state more than 50 years ago though officially belonging to Denmark since the early 19th century.

Luckily, I had the pleasure to also join an expedition to Nuuk, the Greenlandic capitol in the southwest. Our field work was part of a project investigating biodegradation and biodegradation patterns of oil in waters of low temperatures. Deployments in Greenlandic waters thereby serve as case studies to extrapolate impacts of oil release into the cold waters of the Arctic. Investigating these effects is of utmost importance since the steadily increasing temperatures lead to the permanent opening of transarctic ship routes and well as to an increased chance to successfully exploit untouched Arctic oil and gas reserves. Anthropogenic introduction of oil into the northern ecosystem hence seems inevitable. 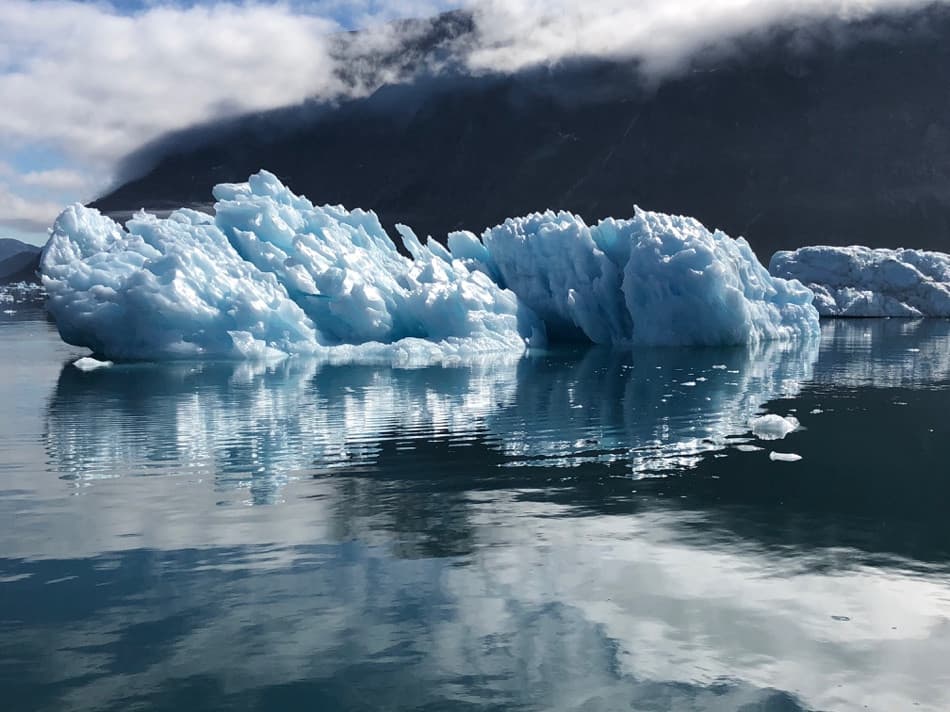 Next to difficult and tiring work while freezing in icy Greenlandic winds, I got to experience hands on scientific work while enjoying blue shimmering ice bergs passing by. Greenland’s nature is astonishing. Being overwhelmed by its harsh beauty and its rough scenery isn’t unusual for those who experience Greenland for the first time. But it also is a reason for those who’ve been there to return. Since Danish is the official language there it has helped me tremendously to have learned some words and phrases, which made communicating way easier. Communication is a tool, which often is underestimated when studying natural sciences. However, as soon as one arrives in a country where barely anybody speaks English knowing how to get around with a couple of phrases is quite important. Especially when you’re on icy waters somewhere south of where you planned to be and your coxswain either speaks Danish or Greenlandic, but definitely no English. 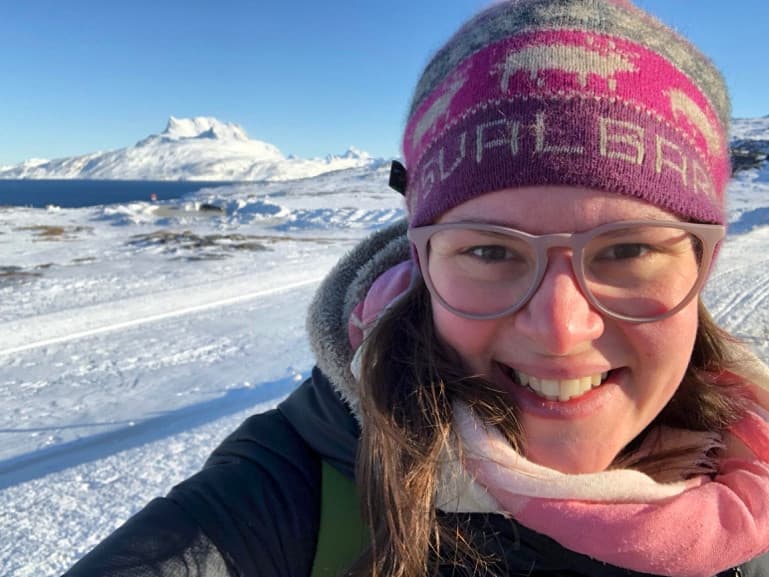 I have been quite thankful for my time abroad. It taught me heaps more than what I could have learned in the same time frame at home in Germany. Being able to fill my life with experiences like the ones I made gives a traineeship abroad a unique inalterable meaning. I would recommend every student to stroll off into the mysterious culture of neighbouring countries and if you try Denmark be aware that you might not want to return home.